Student file of Henry Standing Bear (Kills Little), a member of the Sioux Nation, who entered the school on November 14, 1883, graduated in 1891, and departed on June 5, 1891. The file contains a returned student survey, a news clipping, a student information card, a report after leaving, and correspondence. The file indicates Standing Bear was a shipping clerk for Sears Roebuck Co. in Chicago, Illinois in 1910, a show man in Belvidere, South Dakota in 1911, and was living in Wanblee, South Dakota in 1916. 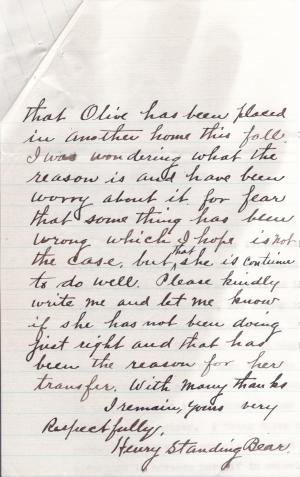