Student file of Charles A. Peters, a member of the Mashpee Nation, who entered the school on February 15, 1910 and departed on January 20, 1914. The file contains a student information card, outing records, an application for enrollment, a trade/position record card, and correspondence related to Peters' initial and continued enrollment at Carlisle as well as an eventually successful attempt to return home early. The file indicates Peters was living in Mashpee, Massachusetts in 1914 and 1915. 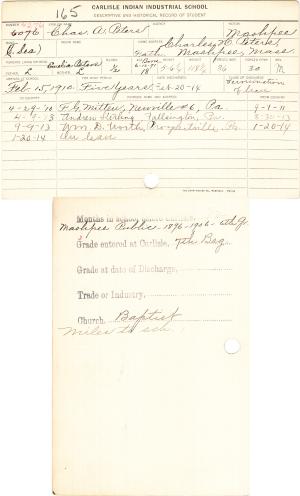