Portrait of seven male students and four female students posed on the school grounds. This photo was taken on the day they arrived, July 31, 1880. Although the caption states that they were Pueblo students, ten of them were Pueblo and one was Apache. The Pubelo students are: Frank Cushing, Taylor Ealy, Mary Ealy, Jennie Hammaker, Sheldon Jackson, Mary Perry, John Menual Chaves, Benjamin Thomas, John Shields, and Harvey Townsend. The Apache student is Nellie Carey.

The Cumberland County Historical Society has two copies of this image: PA-CH1-082c and CS-CH-091. 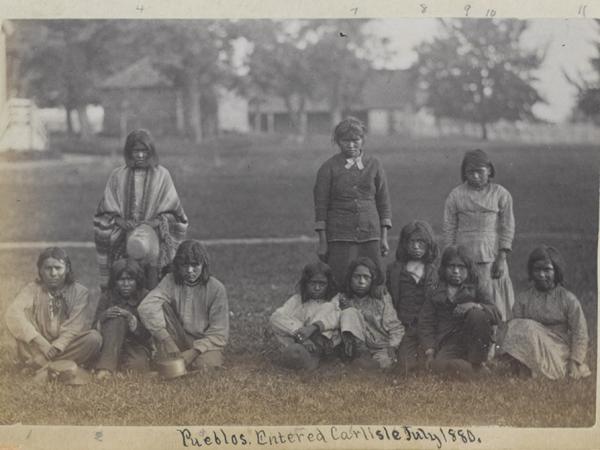