Richard Henry Pratt requests Commissioner of Indian Affairs R. E. Trowbridge's approval for purchases made during the first quarter of 1880 amounting to $1,163.59. The purchases were not covered on the quarter's estimate of funds but were "indispensable" to the Carlisle Indian School, so Pratt purchased them with money on hand. 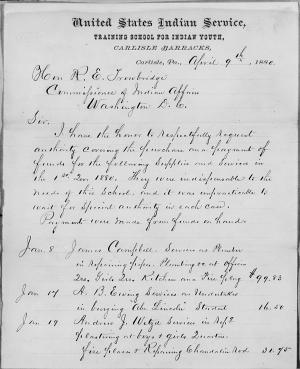