Commissioner of Indian Affairs Cato Sells forwards a newspaper article about behavior of the school's male students with alcohol and local women to Oscar Lipps and asks for his response.

In his reply Lipps disputes some of the article's specific charges but says in general it is accurate. He also describes how difficult it has been to keep male students out of the town of Carlisle because of the many young women that try to entice them. He claims that the "moral conditions of Carlisle are deplorable" and even states that they may have to make the Indian School a women's school because it is so difficult to keep the boys from getting corrupted. However he feels that he has reached a better understanding with the local police and the situation may be improved. 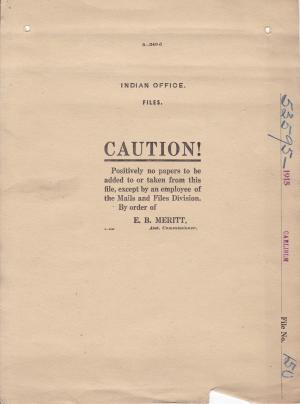