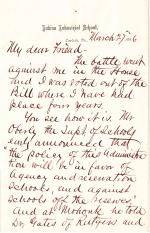 Superintendent Richard Henry Pratt writes to Doctor Cornelius Rea Agnew regarding Pratt's recent ousting from a Congressional bill on Indian education, and Pratt's political battles with Superintendent of Schools John Oberly at the Mohonk Conference.  Pratt also includes brief instructions on what Agnew should do should Carlisle be "broken up… 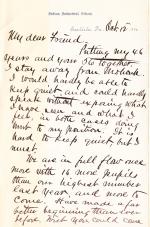 Superintendent Richard Henry Pratt writes to Doctor Cornelius Rea Agnew informing him that the school had gained new students, raising enrollment higher than it had been before.  He also mentions the need for more money to improve school buildings. This letter is part of a series of related correspondence which can be found using the People… 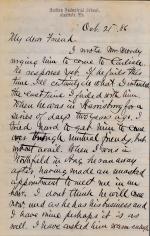 Superintendent Richard Henry Pratt writes to Doctor Cornelius Rea Agnew regarding attempts to get a Mr. Moody to visit Carlisle.  Pratt also mentions that 75 or more Florida Apache prisoner children are expected to arrive at the school soon, and that the school was recently inspected by a Mrs. Clarke of Virginia.  This letter is part of a…

Pratt Responds to Office Letter Regarding Report on Carlisle 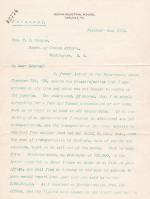 Richard Henry Pratt responds to Thomas J. Morgan's annual report on the Carlisle Indian School. Pratt states that the numbers used in the report present Carlisle in an unfair light by including transportation costs in their funds while not including them for other schools. In addition, the report under counted the daily average of students at… 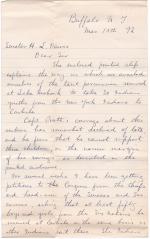 William S. Hubbell writes Senator Henry L. Dawes and requests that the number of New York students at the Carlisle Indian School be increased to 50 students.

Pratt Responds to Delay in Appointment of Hattie Hayes 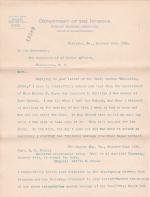 Richard Henry Pratt responds to an Office of Indian Affairs letter regarding the delay in response to the appointment of Hattie Hayes. 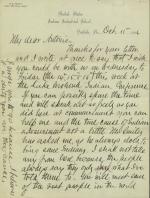 Richard Henry Pratt invites Antonio Apache to the 1896 Lake Mohonk Conference to give a similar speech to the one he gave at the Carlisle Indian School commencement. Pratt notes that he would cover his travel expenses if he were able to come.

Discussion of Industry at the Lake Mohonk Conference, 1914 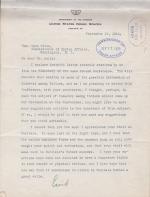 These materials include correspondence on the topic of industry, which arose from the 1914 Lake Mohonk Conference. 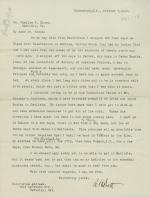 Richard Henry Pratt updates Dr. Charles Francis Himes on his travel plans in 1916 expressing his regret that he is unable to visit Carlisle. Pratt notes that he has been able to visit former Carlisle Indian Schools at the Black Foot Reservation, the Society of American Indians convention, and ending his trip at the Lake Mohonk Conference. 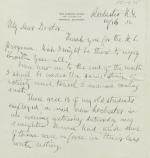 Richard Henry Pratt provides an update to Dr. Charles Francis Himes and thanks him for a Hamilton Library program. Pratt notes that he was able to see eighteen former students who lived near Rochester, New York. He notes that he will be unable to visit Carlisle due to the strains of travel but includes some newspaper clippings (not attached).…

Pratt Letter to Himes in January 1917 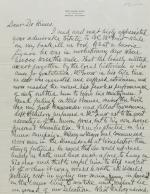 Pratt concludes his letter by discussing his illness at Mohonk and details how he had his recollections copied by a student.