Student file of Sara Hoxie, a member of the Nomelaki Nation, who entered the school on October 16, 1907 and graduated in 1910. No departure date is given. The file contains a photograph, a medical/physical record, an application for enrollment, news clippings, a report after leaving, trade/position record cards, an outing record, an outing evaluation, and a letter indicating Hoxie was a cook at the Round Valley Indian School in Round Valley, California in 1912.

Note: In this file the student is identified as Sara Hoxie and Sarah Hoxie. Some records in this file indicate that Hoxie is a member of the Gros Ventre Nation. 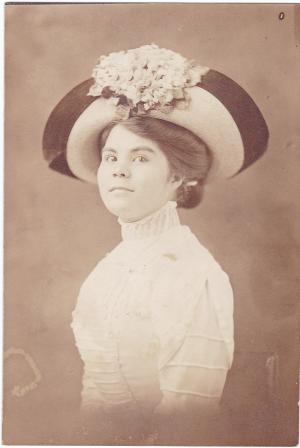