Student file of Michael Chabitnoy, a member of the Alaskan Nation, who entered the school on July 11, 1901 and ultimately departed on June 30, 1909. The student did not attend the school continuously, but left and reentered. The file contains a photograph, student information cards, a former student response postcard, medical/physical records, correspondence, an outing record, a returned student survey, newspaper clippings, and a report after leaving. The file indicates Chabitnoy was married while also living and working in Hershey, Pennsylvania at the Hershey Chocolate Factory in 1910. 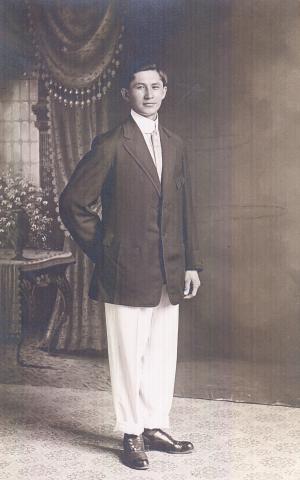