Student file of Maud Cook, a member of the Iroquois Nation, who entered the school on November 24, 1904, graduated in 1917, and ultimately departed on June 11, 1917. The student did not attend the school continuously, but left and reentered. The file includes an application for enrollment, student information cards, a report after leaving, a medical/physical record, a progress/conduct card, a returned student survey, an outing evaluation, correspondence, financial transactions, a former student response postcard, an outing record, and a certificate of promotion. The file indicates that Cook worked as a houseworker and dressmaker in Hogansburg, New York in 1910. 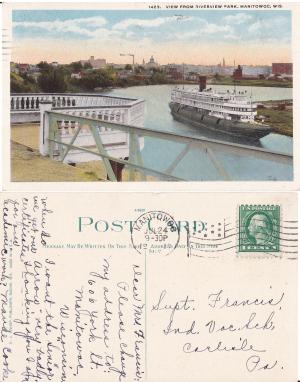