Student file of Maud Chief Killer, a member of the Cheyenne Nation, who entered the school on August 31, 1882, and departed on June 14, 1887. The file contains student information cards, and a report after leaving indicating Chief Killer was working as a housekeeper in Calumet, Oklahoma in 1910. 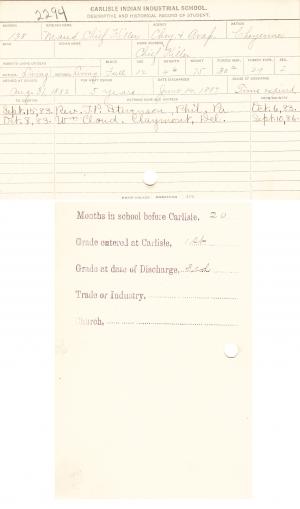