Student file of Florence Pennell, a member of the Sioux Nation, who entered the school on September 13, 1910 and departed on June 30, 1911. The file contains a progress/conduct card, a trade/position record card, a student information card, a medical/physical record, a news clipping, a financial transaction, an application for enrollment, outing evaluations, letters/correspondence, and a report after leaving. The file indicates Pennell worked at the Pennsylvania Hospital on an outing record and was living in Madill, Oklahoma in 1915. 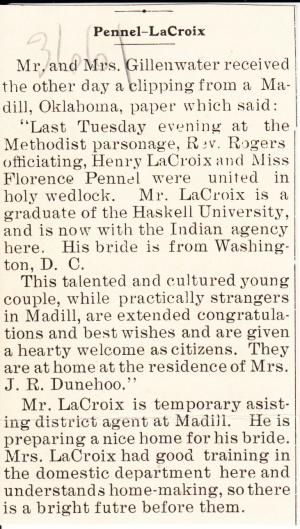