Student file of Charles Belin, a member of the Apache Nation, who entered the school on September 3, 1915 and departed on October 3, 1917. The file includes student information cards, applications for enrollment, a physical record, an outing evaluation, financial transactions, correspondence, and an outing record. The files indicate that after leaving Carlisle, Belin was living in Long Branch, New Jersey.

Note: This file originally contained the student information card for another student; Benedict Guyon. The card has since been moved to the correct file; NARA_RG 75_Series 1327_box 119_folder 4837.

Note: A document related to Charles Belin was originally found in the folder of another student; Peter Bear Leggins, NARA_RG 75_Series 1327_box 119_folder 4839. 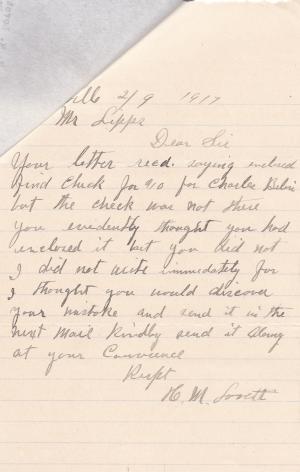