Student file of Benjamin Caswell, a member of the Chippewa Nation, who entered the school on September 9, 1889, graduated in 1892, and ultimately departed on June 10, 1895. The student did not attend the school continuously, but left and reentered. The file contains student information cards, a trade/position record card, photographs, a financial transaction, news clippings, returned student surveys, former student response surveys, letters/correspondence, and a report after leaving.

Note: At the time of scanning at the U.S. National Archives, a document in this student file seemed to relate to a different student, Benjamin F. Caswell. That document has now been included with the Benjamin F. Caswell file: NARA_RG 75_Series 1327_box 123_folder_4941. 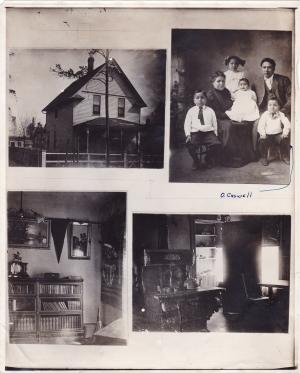