Student file of Augustine Knocks-off-Two, a member of the Sioux Nation, who entered the school on August 31, 1906 and ultimately departed on April 8, 1914. The file contains trade and position record cards, a progress and conduct card, student information cards, an application for enrollment, medical and physical records, a returned student survey, an outing record, and correspondence. 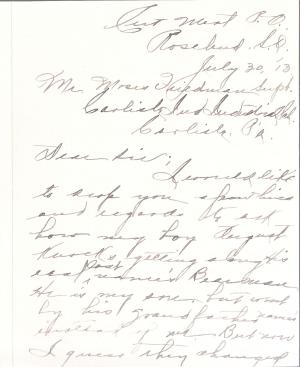