Student file of Beverly DeCora, a member of the Winnebago Nation, who entered the school on August 10, 1910 and departed on June 16, 1913. The file contains a student information card, a medical/physical record, outing evaluations, a returned student survey, outing records, a progress/conduct card, a financial transaction, and correspondence. The file indicates Decora completed a passenger brakeman course at the Railway Institution and was living in Black River Falls, Wisconsin. 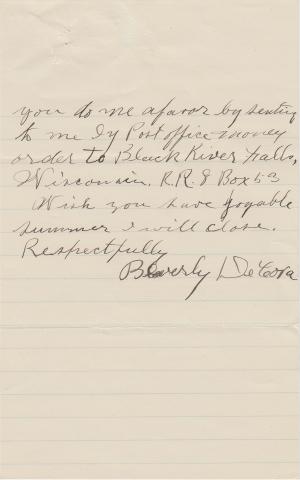