Studio portrait of fourteen male students and nine female students. The caption of the Cumberland County Historical Society identifies them as from the Apache nation and gives a date of 1891 for the image. Previous catloging for this version also says they are Apache students but says there is a date of 16 January 1892 in the caption. 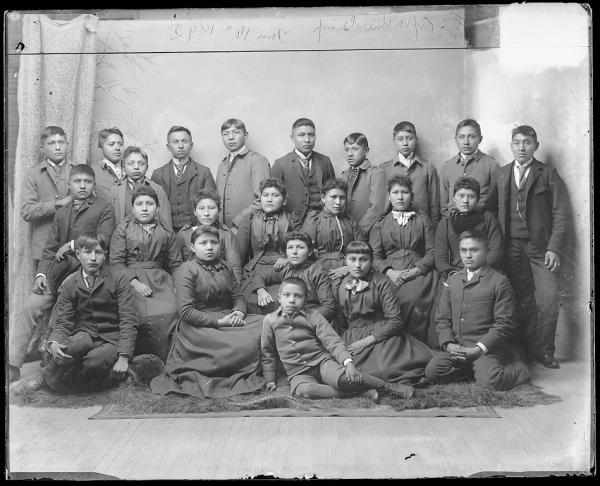