Request for Transfer of Menominee Boys from Carlisle to Hampton

Note: It appears these two students remained at Carlisle. 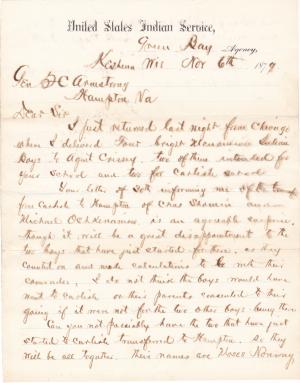