These materials include materials related to a request by James Riley Wheelock to have his brother, Hugh Wheelock, released from the Carlisle Indian School. James claimed that his brother was being held at the school to prevent him from playing in Wheelock's band, and to make him play for the Carlisle football team. James further claimed that his brother would not benefit from any more professional or academic training. In response, the school provided a number of claims against Wheelock. 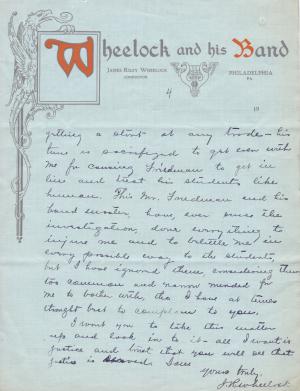