Request for Release by Raymond Kennedy

These materials include correspondence regarding a request by Raymond Kennedy to be released from the Carlisle Indian School in order to continue with his machinist trade in one of Carlisle's outing districts. Kennedy's request was denied, but he was given the ability to access his money held at Carlisle.

Also included in the file is correspondence regarding changes being made at the Chilocco and Haskell Schools in admitting members of the Five Civilized Tribes of Oklahoma. 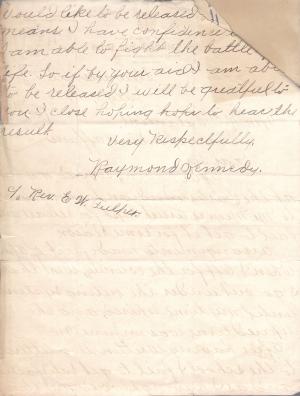