Student file of William Little Wolf, a member of the Chippewa Nation, who entered the school on September 1, 1913 and ultimately departed on October 3, 1917. The student did not attend the school continuously, but left and reentered. The file contains photographs, student information cards, a medical/physical record, applications for enrollment, a federal financial aid form, a newspaper clipping, financial transactions, an outing evaluation, an outing record, and correspondence. The file indicates that Little Wolf enlisted in the U.S. Navy in 1917 and was stationed at the Naval Training Station in Norfolk, Virginia in 1917, was stationed aboard the U.S.S. Texas and the U.S.S. Utah during the first World War. 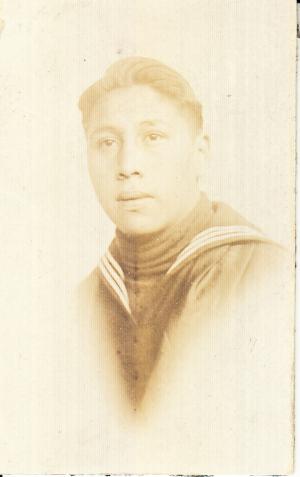