Student file of William C. Girton, a member of the Sioux Nation, who entered the school on October 10, 1886 and departed on July 19, 1892. The file contains a photograph, correspondence, a former student response postcard, a returned student survey, a trade record card, and a report after leaving indicating that in 1914 Girton was a forest guard living in Kyle, South Dakota. The files indicate that Girton was a member of the police force from 1896-1899 and later entered the U. S. Army.

Note: During his time at Carlise, Girton was known as William Crazy Bull.

Note: Some documents in this file appeared to relate to a different student, Louis C. Brown. Those documents have now been included with the Louis C. Brown file: NARA_RG 75_Series 1327_box 84_folder 3680. 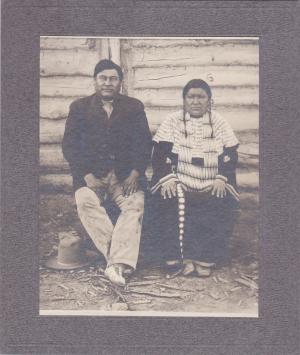