Student file of Thomas La France, a member of the Mohawk Nation, who entered the school on November 24, 1904, and departed on September 27, 1909. The file contains a student information card, a physical record, a progress card, an outing record, a returned student survey, and a report after leaving indicating that La France was farming in Hogansburg, New York in 1911. 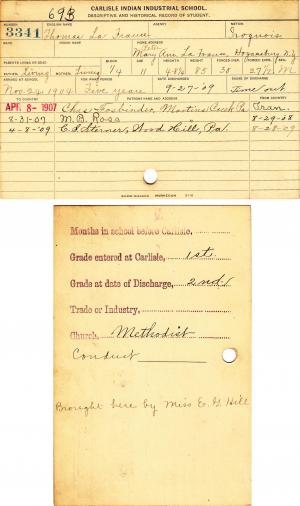