Student file of Philip Marshall, a member of the Sioux Nation, who entered the school on February 27, 1892 and departed on July 2, 1897. The file contains a student information card, a returned students survey, and a report after leaving. The documents indicate that he attended Rapid City Indian School from 1899 to 1901 after leaving Carlisle. 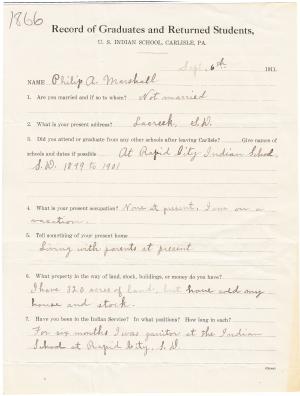