Student file of John Brought Plenty, a member of the Sioux Nation, who entered the school on January 17, 1912 and ultimately departed on April 20, 1914. The student did not attend the school continuously, but left and reentered. The file contains student information cards, an application for enrollment, letters/correspondence, medical/physical records, an outing record, and financial transactions. The file indicates Brought Plenty was living in Fort Yates, North Dakota in 1914. 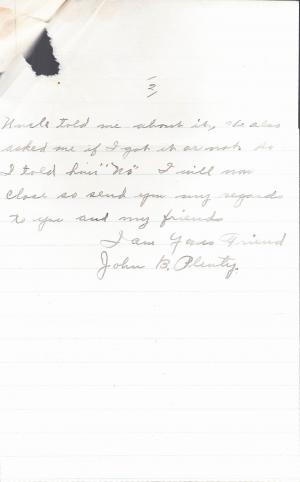