Student file of James Maney, a member of the Eastern Band of Cherokee, who entered the school on July 1, 1905 and ultimately departed on June 5, 1906. The student did not attend the school continuously, but left and reentered. The file contains a student information card, former student response postcards, an application for enrollment, a returned student survey, and a report after leaving indicating that Maney was a farmer in North Carolina between 1911 and 1913. 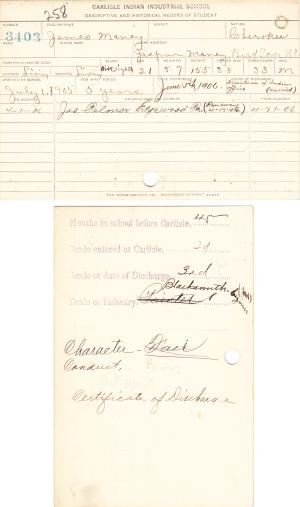