Student file of Ida Powlas, a member of the Oneida Nation, who entered the school on September 13, 1884, graduated in 1894, and ultimately departed on March 5, 1894. The student did not attend the school continuously, but left and reentered. The file contains a photograph, student information cards, returned student surveys, a former student response postcards, a report after leaving, and letters/correspondence. The file indicates Powlas was an assistant seamstress and a teacher in the Indian Service, a farmer in Mission, Wisconsin in 1907, and a housekeeper in West DePere, Wisconsin in 1916.

Note: Although this card indicates that Powlas reentered the school on August 16, 1889, other records show that she had first enrolled at Carlisle on September 13, 1884. 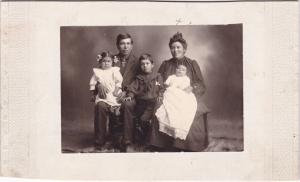