Student file of Frank McKeig, a member of the Chippewa Nation, who entered the school on December 25, 1909 and departed on May 20, 1910. The file contains an application for enrollment, a student information card, a medical/physical record, a progress/conduct card, and a report after leaving indicating that Frank was a Railroader in Ogema, Minnesota in 1910.

Note: This student is known as both Frank McKeig and Frank McKing. 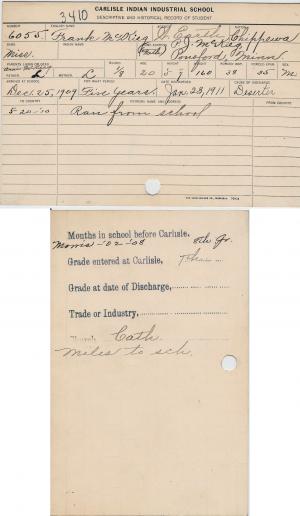