Student file of Emerald Bottineau, a member of the Chippewa Nation, who entered the school on February 29, 1912 and ultimately departed on May 16, 1916. The student did not attend the school continuously, but left and reentered. The file contains student information cards, an application for enrollment, medical/physical records, financial transactions, an outing evaluation, an outing record, and letters/correspondence. The file indicates that Bottineau was training to be a nurse at the General Hospital in Lancaster, Pennsylvania in 1915 and 1916 under the outing program and was living in Superior, Wisconsin in 1917.

Note: Although this file shows an arrival date of February 28, the admissions ledger and her information card suggest that she actually arrived on February 29. 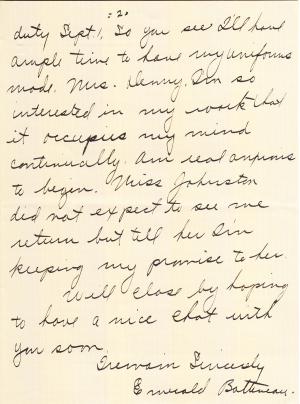