Student file of Eliza Cewakista. Her nation, and arrival and departure dates are not listed. The file contains a report after leaving indicating Cewakista was a housewife living in Seama, New Mexico in 1910.

Note: Other records indicate Cewakista was a member of the Queres nation who entered the school on August 24, 1884 and departed on July 8, 1889. 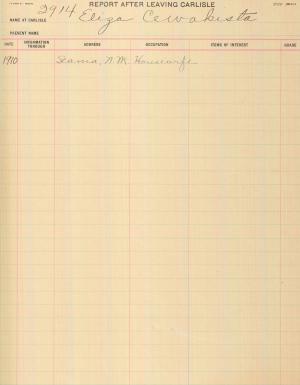