Student file for Chiltoski Nick, a member of the Eastern Band of Cherokee, who entered the school on March 13, 1896, and ultimately departed the school on March 22, 1905. The student did not attend the school continuously, but left and reentered. The file contains three student information cards indicating that Chiltoski, who also went by the nickname Tossie, graduated with the class of 1905. 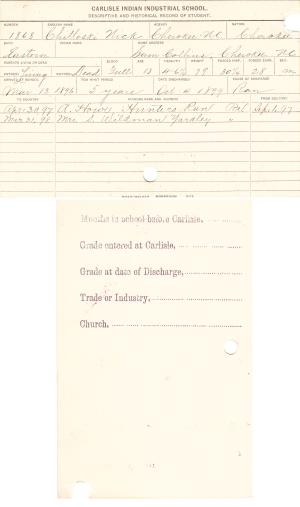