Student file of Charles King, a member of the Oneida Nation, who entered the school on September 29, 1894 and ultimately departed on April 18, 1906. The student did not attend the school continuously, but left and reentered. The file contains student information cards, a trade/position record card, a returned student survey, and a report after leaving indicating that King was married and farming in West De Pere, Wisconsin in 1910. 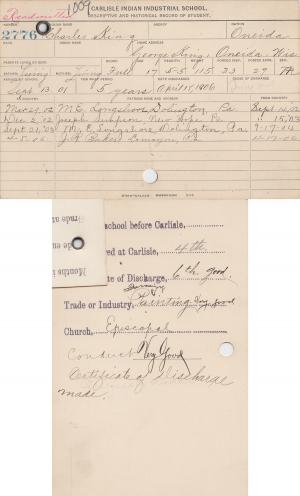