Student file of Charles Harrison, a member of the Winnebago Nation, who entered the school on September 29, 1910 and ultimately departed on June 18,1917. The student did not attend the school continuously, but left and reentered. This file contains student information cards, applications for enrollment, progress reports, financial transactions, certificate of promotion, a federal financial aid form, a physical record card, a trade record card, and correspondence. According to the information provided, Charles Harrison was an active musician who played the trombone in the school band. In the summer of 1917 Charles Harrison was promoted from a third class to a second class musician, and was drafted into the United States Army. 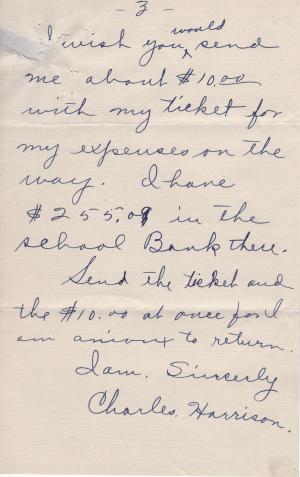