Student file of Anice Sakeeh, a member of the Apache Nation, who entered the school on April 30, 1887 and departed on July 7, 1899. The file contains student information cards, a returned student survey, and a report after leaving indicating that Sakeeh married Samuel E. Kenoi and was a housewife in Fort Still, Oklahoma in 1910.

Note: In this file the student is identified as Anice Sakeeh, Anice Sakieh, and Anice E. Kenoi. 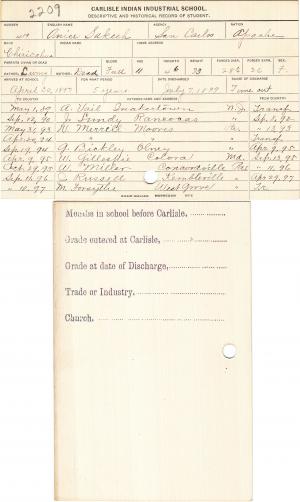