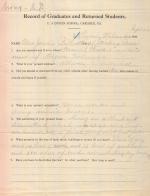 Student file of Jennie Standingbear, a member of the Sioux Nation, who entered the school on April 16, 1901 and departed on June 24, 1904. The file contains a student information card, a returned student survey, and a report after leaving indicating she was a housewife in Kilgore, Nebraska in 1910. 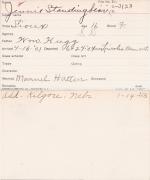 Student information card of Jennie Standingbear, a member of the Sioux Nation, who entered the school on April 16, 1901 and departed on June 24, 1904. The file indicates Standingbear was married and living in Kilgore, Nebraska in 1913. 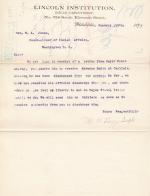 William Hugg writes to W. A. Jones of a letter from Richard Henry Pratt regarding the discharge and transfer of Abraham Smith. 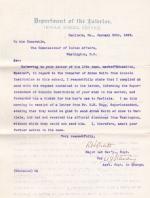 Alfred John Standing requests the Office of Indian Affairs send the official discharge papers for Abram Smith at the Lincoln Institute in order to complete his transfer to Carlisle. 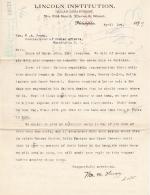 William Hugg of the Lincoln Institution informs the Office of Indian Affairs that he will comply with the order to transfer seven students to the Carlisle Indian School. He adds that most of the students are in the school band and that they expect after the transfer they will go to Paris with Carlisle's band. Hugg requests that the transfer of…

Letters from Lincoln Students Desiring to Remain at Lincoln 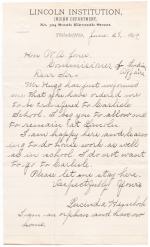 William M. Hugg, Superintendent of the Lincoln Institute, provides letters from four students who were to be transferred to Carlisle expressing their desire to remain at Lincoln.

Hugg Responds to Pratt's Dismissal of Transfer of Students from Lincoln 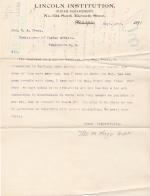 William Hugg encloses a letter from Richard Henry Pratt turning down the request to transfer four students from the Lincoln Institute to the Carlisle Indian School.

Pratt Responds to Proposal to Transfer Four Students to Carlisle 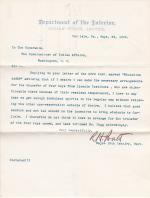 Richard Henry Pratt responds to an Office of Indian Affairs regarding a proposal of Superintendent of the Lincoln Institute to transfer four students to Carlisle. 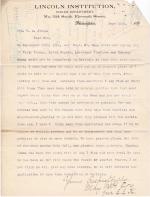 The Lincoln Institute withdraws its application to transfer four students to the Carlisle Indian School.