Student file of Adeline Boutang, a member of the Chippewa Nation, who entered the school on September 23, 1906, and ultimately departed on June 24, 1912. The student did not attend the school continuously, but left and reentered. The file contains student information cards, a photograph, medical/physical records, applications for enrollment, a former student response postcard, outing evaluations, an outing record, trade/position record cards, progress/conduct cards, and a report after leaving. The file indicates Boutang was living in Cass Lake, Minnesota in 1912 and 1913.

Note: Some of Adeline Boutang's documents were originally found in the folder of another student; Nellie Boutang, NARA_RG 75_Series 1327_box 76_folder 3681. 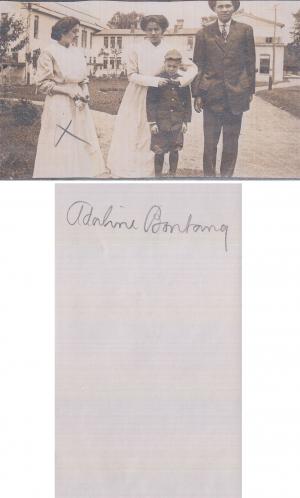