This image of Isaac Lyon as a Right Guard for the Carlisle Football team appeared in the New York Herald on October 1, 1911 as part of a feature about his death, which was suspected to be caused by his "witch" wife, Lillian Bigknife. 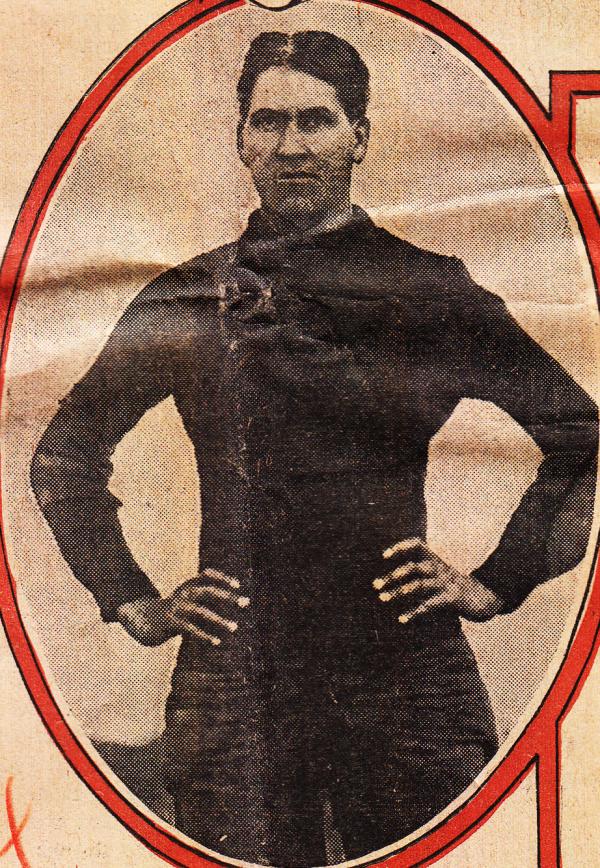