Two male students posed shoveling coal in the Boiler House while a white man looks on. 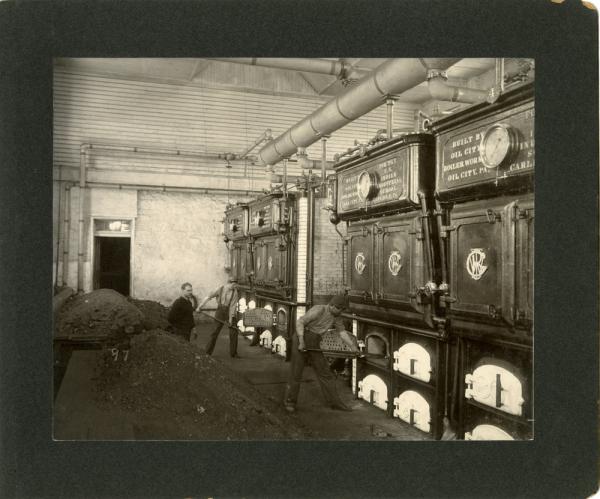