Male and female students posed, seated and holding sheets of music, with a white female teacher standing in front, in a class room.

A note on the reverse of the image identifies the teacher as Miss Senseney.

Johnston took two very similar photographs of this classroom. The other version can be seen in Related Images. 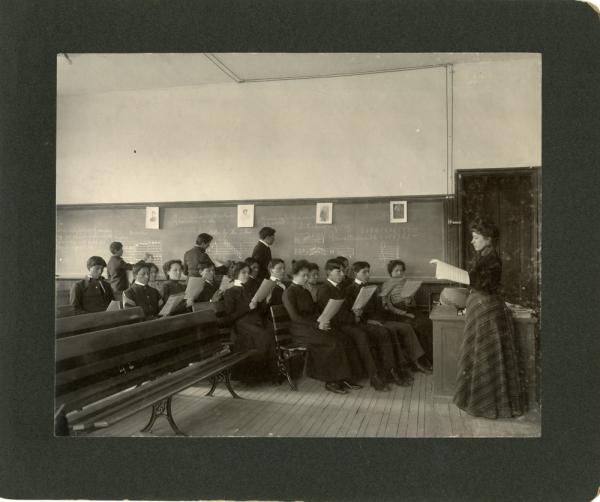