Studio portrait of a group of four female students with an older Native American man. The original caption identifies them as "Chihuahua and Apache."

Based on comparison with other photographs, Cumberland County Historical Staff have suggested that the student seated in the front is Lucy Tsisnah and that the students in the back row, from left to right are Janette Woods (Pahgostatum), Naomi Merkel (Kohten), and Annette Suisson. Those identifications are preliminary.

A researcher has identified the man in the front row as Chief Chihuahua and the female student as his daughter Ramona. 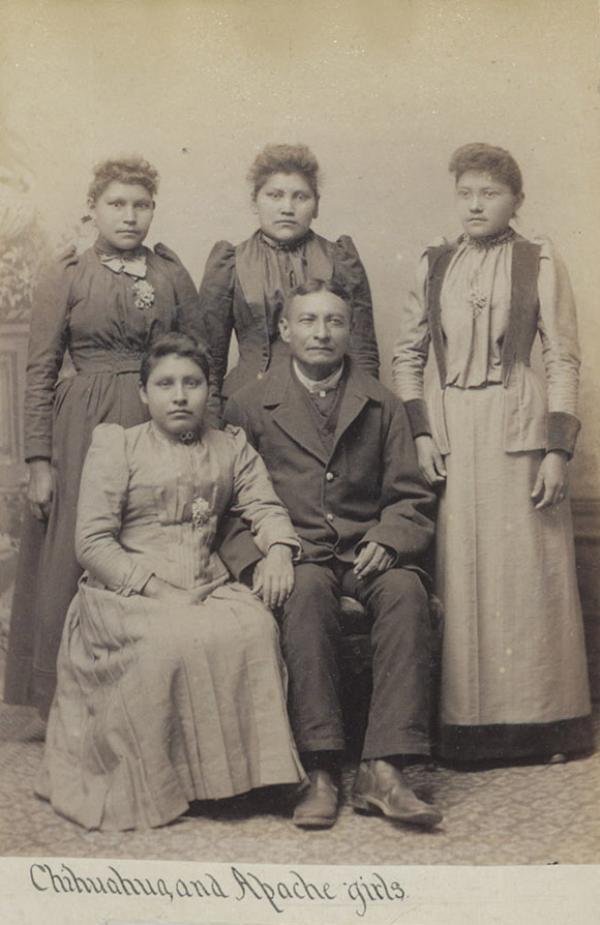