Richard Henry Pratt states that Bishop Huntingdon of New York is teaching four former Florida prisoners but would like to send two to the Carlisle Indian School. Pratt asks the Commissioner of Indian Affairs to grant Huntingdon's request. 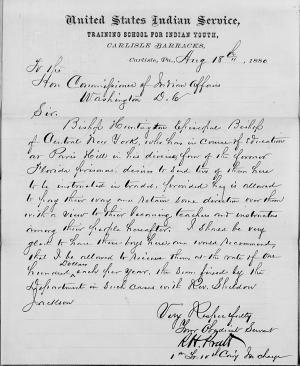