Recruitment of Female Students from the Indian Territory for Hampton 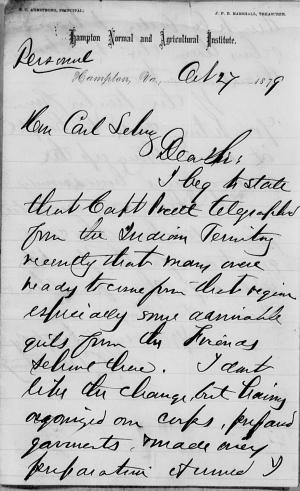