Richard Henry Pratt returns to the Office of Indian Affairs a letter from Henry Kendall requesting to have his nephew transferred from the Albuquerque Indian School to the Carlisle Indian School. Pratt notes that after talking further with Kendall that he has decided to let the matter rest until this summer when a party may come from that region which could include Kendall's nephew. 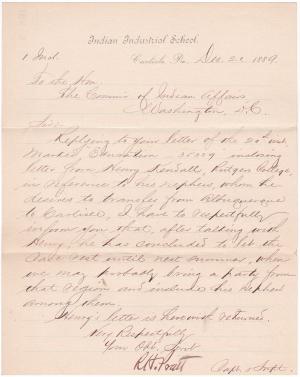