Enclosure of The Southern Workman Newspaper

Wrapper for Samuel C. Armstrong's letter forwarding a copy of the newspaper, The Southern Workman, which details some of the work for Indians done at Hampton Institute and the Carlisle Indian School to the Commissioner of Indian Affairs Trowbridge. 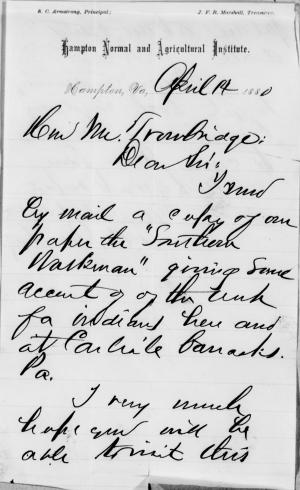