Student file of William Brewer, a member of the Sioux Nation, who entered the school on November 7, 1892 and departed on May 2, 1898. The file contains a student information card, a returned student survey, a former student response post card, and a report after leaving. The file indicates that Brewer was married, had two sons, and was raising stock and living in Porcupine, South Dakota in 1910. 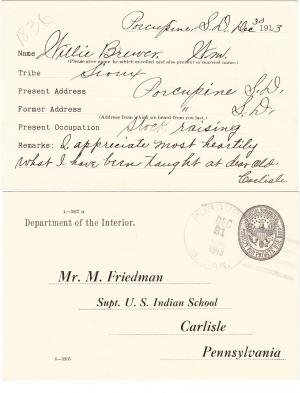