Student file of W. Leroy Kennedy, a member of the Seneca Nation, who entered the school on October 10, 1892, graduated in 1896, and ultimately departed on September 4, 1901. The student did not attend the school continuously, but left and reentered. The file contains student information cards and a report after leaving. The file indicates Kennedy was a fireman on the railroad between Buffalo, New York and Cleveland, Ohio in 1910. 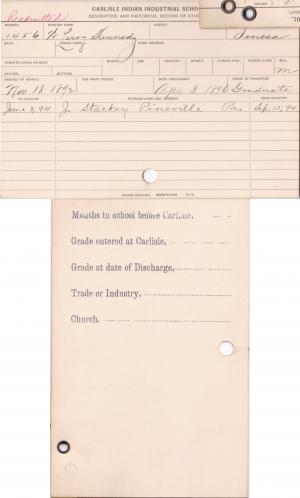