Student file of Martha Napawat, a member of the Kiowa Nation, who entered the school on December 15, 1884, graduated in 1894, and departed on April 19, 1894. The file contains letters/correspondence, a student information card, a former student response postcard, a returned student survey, and a report after leaving. The file indicates Napawat was keeping house for her family in Anadarko, Oklahoma in 1907, 1910, and 1913. 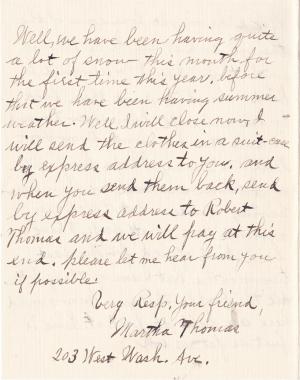