Note: In this file the student's name appears as both Lavinia Adams and Lavina Adams. Her husband's name appears both as Eli Skenadore and Eli Schenadore.

A relative indicated that Lavinia and Eli had a daughter Marjorie, born in 1910 and died in 1984. Lavinia was born in 1876 and died in 1957. The family is buried at Holy Apostles Church Cemetery in Oneida, Brown County, Wisconsin. 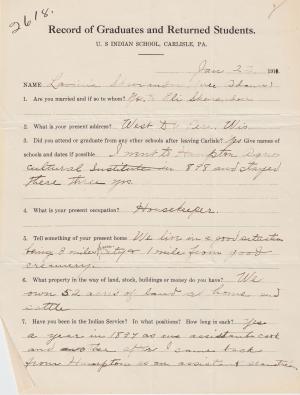