Student file of John Mani Walker, a member of the Sioux Nation, who entered the school on September 16, 1898 and departed on December 31, 1902. The file contains a student information card, a newspaper clipping, and a report after leaving indicating that Walker was living in Sisseton, South Dakota in 1910. 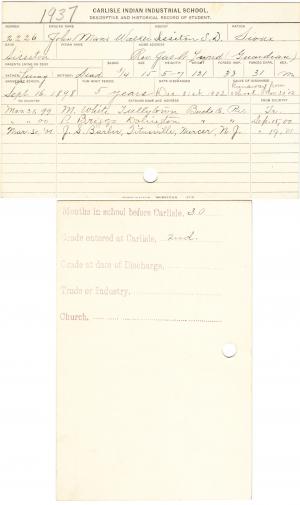