Student file of John Jackson, a member of the Mohawk Nation, who entered the school on February 5, 1917 and departed on October 3, 1917. The file contains student information cards, applications for enrollment, a progress/conduct card, and correspondence.

Note: One of John Jackson's documents was originally found in the folder of another student; John Jackson, NARA_RG 75_Series 1327_box 33_folder 1587. 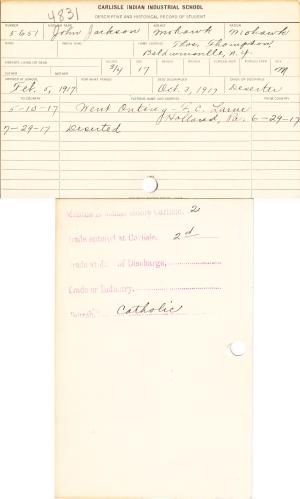