Student information card of Ida Cornelius, a member of the Oneida Nation, who entered the school on September 13, 1884 and departed on March 5, 1894.

Note: In other records, this student is referred to as Ida Powlas.

Note: Although this card indicates that Ida left the school on August 3, 1885, other records show that she would later reenroll at Carlisle on August 16, 1889 and ultimately depart on March 5, 1894 as a graduate. 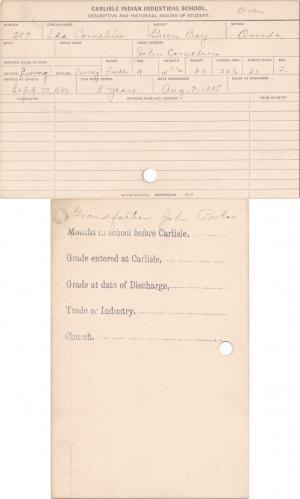